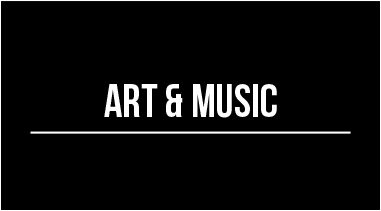 The festival will conclude with an evening concert performed by the Saint Xavier Jazz Ensemble with Wiest. The concert will also feature the SXU Jazz Cats Combo, as well special performances from guest high school bands.

The concert will begin at 7:30 p.m. in McGuire Hall. Attendance costs are $6 for general admission and $5 for seniors and veterans, with free admission for all SXU students, faculty, staff and prospective students.

Multiple Grammy-nominated jazz composer and trombonist Steve Wiest is known worldwide for his fresh, cutting-edge writing as well as his extroverted virtuoso trombone playing. With a zeal for finding fresh ingredients for his muse, Wiest is a true multi-genre persona. As a recording artist, composer-arranger, science fiction author, cartoonist and educator, Wiest is at home with many different and diverse areas of creative endeavor.

His path to recognition began with a four-year stint as trombonist and composer with Maynard Ferguson. During this period, Wiest appeared on two Ferguson projects (Storm and Live from San Francisco) a video project (The Playboy Jazz Festival), and penned a number of works for Maynard, including "South 21st Shuffle." His YouTube solo on Denis DiBlasio's arrangement of "Don't Stop" from this era has been described as one of the most exciting of its kind on the internet.

After leaving the Ferguson band in 1985, Wiest went on to complete a master's in jazz studies at the University of North Texas (UNT). During his time at UNT in the 1980s, Steve wrote for and performed on seven different recordings with Neil Slater's One O'Clock Lab Band.

Upon leaving UNT and spending two years as assistant director of jazz studies at the University of Texas at Arlington, Wiest began a 17-year tenure as director of jazz studies and trombone at the University of Wisconsin-Whitewater. During these years, Wiest began a long and accomplished career as a clinician guest artist while becoming a regular with The Doc Severinsen Big Band. Working with greats such as Eugene "Snooky" Young, Conte Candoli and Ernie Watts on Doc's band during this period while continuing to write music for Maynard Ferguson helped to shape Wiest's future endeavors.

Email to a Friend