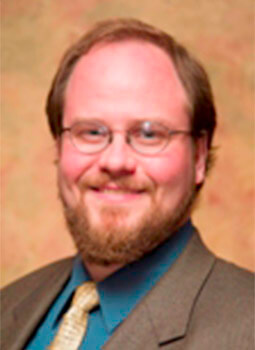 The nineteenth-century scholar F. Max Müller argued that Goethe's famous maxim on language applies equally to religion: "He who knows one, knows none." The study of religious worldviews, values, and practices other than one's own provide us with invaluable conversation partners, as well as a perspective from which to examine one's own commitments.

As a historian of religions, I am principally interested in religion as a human phenomenon -- not only the ways in which religion addresses "the unsolved riddles of the human condition" described by the Second Vatican Council, but the ways in which those riddles (and their answers) reflect the historical contexts in which they appear.

"Wittgenstein's Lion and the King's Nine-Colored Deer: Speaking with (and about) Animals in the Konjaku Monogatarishū," AAR, 2012 Annual Meeting

"Living Relations? The Texts and Contexts of Medieval Japanese Ecology," Southeastern Conference on the Study of Religion, 2011 Annual Meeting

"From Principle to Practice: The Unexpected Challenges and Benefits of Universal Instructional Design" (with Linda Bathgate), 2010 International Conference on Higher Education and Disability (Innsbruck)

"Reading the Writing on the Wall: Visualizing One University's Mercy Mission in a Cosmopolitan World," 2010 Conference for Mercy Higher Education Symposium