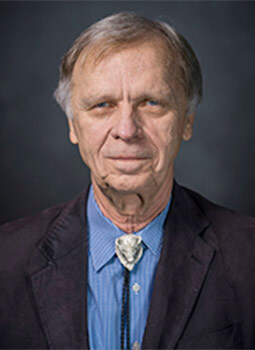 John Gutowski was born and raised in Hamtramck Michigan, an ethnic enclave and distinct municipality surrounded by the city of Detroit. He graduated from Detroit's De La Salle Collegiate High School in 1961 where he was vice-president of his senior class and co-captain of the varsity football, basketball, and baseball teams. In 1964 he graduated from Wayne State University with a double major in English and French and a minor in psychology. After obtaining his master's degree in English with a concentration in Old English, Gutowski began his career as an educator at Northern Michigan University where he spent two years in the English Department as an instructor of the Humanities within the University's newly established, experimental common learning program. Having developed his interests in folklore while working in Michigan's Upper Peninsula, he left Marquette in 1968. Then he began his graduate studies at Indiana University's Folklore Institute, where he studied under the direction of Richard Dorson and Linda Degh, developing a lifelong interest in folk narrative, folk behavior, the festival, the relationship between folklore and popular culture, and both the ethnic and the national dimensions of American folklore.

Gutowski's first position as a professional folklorist was as assistant professor of English at Wayne State University from 1971 to 1979. During this period he also became director of the Wayne State University Folklore Archive from 1973 to 1975. During the 1973-1977 period he also served as president of the Michigan Folklore Society and chair of the folklore section of The Michigan Academy of Science, Arts, and Letters. In 1979 Gutowski became academic dean at Saint Mary's College Orchard Lake Michigan. He held this position until 1990 when he was selected to be the founding dean of the School of Arts and Sciences at Saint Xavier University in Chicago. In 1994, after fourteen years of continuous administrative involvements, Gutowski returned to the classroom on a full-time basis at Saint Xavier where he currently enjoys the position of professor of Anthropology and English. In 2004 he was elected president of the Faculty Senate at Saint Xavier.

"I like to think that I am helping my colleagues to explore the boundaries of canonicity in literature, art, and culture. My special interests in folklore, myth, and popular culture involve a continuous rethinking of the idea of creativity, the meaning of tradition, and the boundaries of multiculturalism. Ultimately I think that learning how to find value in common experience and seeing vitality in common expression are important keys to understanding both the self and the other."

"Personal Narrative, Community Metaphor, and the Socialization of the Stranger," National Meeting of the American Folklore Society, October 28, 1993.

"The Folkloric and Ethnological Premises of Lovecraft's Fiction," National Meeting of the Popular Culture Association, Toronto, Ontario, March 10, 1990; and The Eleventh Annual Conference of the International Association for the Fantastic in the Arts, Ft. Lauderdale, Florida, March 23, 1990.

"Malinowski's Contribution to a Theory of Myth in Modern Ethnology and Theology," Meeting of the Polish Institute of Arts and Sciences of America, Hunter College, City University of New York, May 19, 1984.

"Polish Detroit and the Kolasinski Affair," The Quarterly Review of Polish Heritage 32 (1981): 9 (Review).

"Traditions of the Devil's Hollows: Relationships between a Place Name and Its Legends," Indiana Folklore 3 (1970): 190‑213; rpt. in Linda Degh, ed. Indiana Folklore: A Reader (Bloomington, IN: Indiana University Press, 1980).

"The Sentinel Committee of the Polish American Congress," It's Your Turn, WTVS‑TV, May, 1977. (A half hour program on the nature of ethnic discrimination and defamation with Paul Wrobel and Jan Szulec.)

"Ethnicity and Culture," TV College, Ethnic Studies Course, WXYZ‑TV, February 26, 27, and 28, 1972. (Three half hour programs with Otto Feinstein and others.)