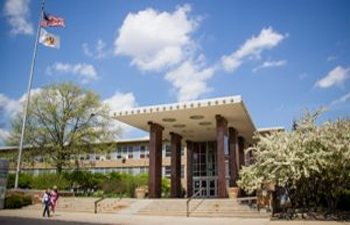 Errol Magidson, an adjunct professor in the Psychology Department, has just authored a new book entitled, "Chicago's Only Castle: The History of Givins' Irish Castle and Its Keepers." If you love seeing historic images of Chicago and reading about Chicago's history from the late 1860s and on, this book, in color with over 400 images, is for you!

"Chicago's Only Castle: The History of Givins' Irish Castle and Its Keepers" regales its reader with the history of a treasure buried on Chicago's far Southwest Side, about three miles east of Saint Xavier University at 10244 S. Longwood Drive. The compelling stories of the five keepers of the Castle unfold against the backdrop of, and directly connect to, Chicago's rich history, including the Great Chicago Fire of 1871, the World's Columbian Exposition of 1893, the cable-car era, the dawn of the automobile, the Century of Progress International Exposition of 1933-34, and myriad little-known details about Chicago's past.

The inspiration behind the building, and its first occupant, was Robert Cartwright Givins, a Renaissance man of the late 19th and early 20th centuries. Givins, noted for his always-clever real estate promotions, a well-known Chicago personality, a developer active across the City and Cook County, a popular novelist of his day, a vocal citizens' advocate and a globetrotter whose travel reviews were published in the Chicago Evening Post. He was at one time announced in local papers as a candidate for mayor of Chicago.

In addition to Givins, Julia Thayer of the Chicago Female College, the Burdett family, the Siemens family, and Beverly Unitarian Church have been "keepers" of the Castle, and their dynamic stories are told in the book, as well. Thayer was a poet and president of the Chicago Female College, a finishing school for girls, that was housed in the Castle for a time, J. B. Burdett, was an inventor and an early automobilist. With his wife, Jessie, Burdett won one of the earliest automobile races in Chicago, the 40-mile journey to Joliet held in 1901. Miroslaw Siemens, a prominent Chicago physician of Ukrainian descent, was a founder of the Ukrainian National Museum in Chicago and a benefactor of St. Nicholas Catholic Cathedral when it first opened as a church. He was the leader of the group that sponsored the Ukrainian National Pavilion at Chicago's Century of Progress World's Fair held in 1933-34. Beverly Unitarian Church, the last Castle-keeper, has a long and rich history beginning in the Englewood neighborhood supporting equal rights, justice for all, seeking truth, and helping the less fortunate.

Elliott Krick, film critic and teacher in the Liberal Education for Adults program at the University of Chicago, wrote: "Both the documentary film and now this wonderful book reflect the ineluctable 'pulse' that vibrates through the time continuum which we call 'history,' but adds in quite a pivotal way to our understanding of how history and psychology serve to buttress our understanding of the true breadth of ourselves in past, present and future."

In addition to the foreword and the preface, there is a prologue by the book's editor, Linda Lamberty, historian of Chicago's Ridge Historical Society, giving a short history of the area where the Castle was built, plus 14 chapters, an acknowledgments and credits section, a references section, and an extensive index. The chapters are as follows:

The chapter on ghosts, which unintentionally became Chapter 13, should be of particular interest to people who love ghost stories.

The proceeds from the sale of this book will be given to The Castle Building Fund to help restore, preserve and maintain this precious landmark. The book bundled with the documentary DVD is available from Bookies Bookstore at 10324 S. Western for a discounted price.