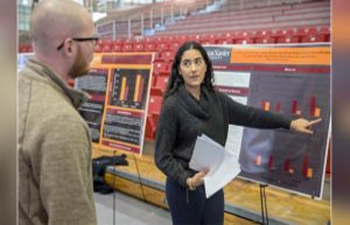 Last week, Saint Xavier University (SXU) hosted its first-ever Research Expo, where students, faculty and staff had the opportunity to showcase their research through various projects. This event was created and sponsored by the Office of the President.

Among the many projects that were displayed, SXU caught up with a couple students and faculty members to learn more about their research. A brief synopsis for those individuals, include: