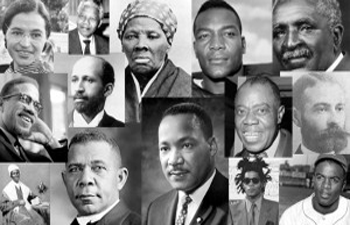 February marks the beginning of Black History Month, a federally recognized, nation-wide celebration that provides the opportunity for all Americans to reflect on the significant roles that African-Americans have played in the shaping of the United States' history.

Black History Month first originated when historian and author Carter G. Woodson founded the Association for the Study of Negro Life and History, now known as the Association for the Study of African-American Life and History. Through this organization, Woodson initiated the first Negro History Week during the second week of February in 1926. This week was chosen because it coincided with the birthdays of Abraham Lincoln and Fredrick Douglass, two key figures in the history of African-Americans. The response was overwhelming. Black history clubs sprang up, teachers demanded materials to instruct their students and people all across the nation began to step forward to endorse this cause.

By the time of Woodson's death in 1950, Negro History Week had become a central part of African-American life and substantial progress had been made in bringing more Americans to appreciate the celebration. The 1960s dramatically expanded the consciousness and importance of black history with the Civil Rights Movement. This era helped to focus Americans of all races on the subject of the contributions of African-Americans to our history and culture.

The celebration was expanded to a month in 1976, the nation's bicentennial. President Gerald Ford urged Americans to "seize the opportunity to honor the too-often neglected accomplishments of Black Americans in every area of endeavor throughout our history." That year, 50 years after the first celebration, the association held the first Black History Month. By this time, the entire nation had come to recognize the importance of Black history within the legacy of the American story. Since then, each American president has issued Black History Month proclamations.

In honor of Black History Month, Saint Xavier University (SXU) will commemorate the achievements and contributions African-Americans have made during our nation's history by hosting celebratory events throughout the entire month of February.

SXU promotes and recognizes the importance behind celebrating diversity amongst its students, faculty and staff by establishing it as part of the University's core values. Diversity helps to strengthen SXU's academic programs and educational environment by preparing students to live and work in an international society and global economy. It is a concept that has remained at the heart of SXU's history and will continue to grow alongside the institution.