Saint Xavier University has an ideal location for the study of biology.

The campus has its own spring-fed lake and the Palos Forest Preserves are within a few minutes drive. Moreover, the Lincoln Park and Brookfield Zoos, Morton Arboretum and Field Museum of Natural History provide local settings for field trips and classes.

The laboratory facilities at Saint Xavier University include the following resources for students:

In addition, Saint Xavier University is a member of the Reis Biological Field Station Consortium. Membership allows faculty the use of the station for field trips/courses and give the SXU student access to all summer field courses offered by any of the Consortium schools.

Ronald and Charleen Crean had two sons, both of whom are Saint Xavier University alums. One of their sons, Dr. Jason Crean, is now faculty in SXU's Department of Biological Sciences and co-directs the lab's activities. The inspiration and support of Ronald and Charleen led to the creation of this laboratory, and the work done here honors them and their loving dedication to science and the SXU mission and community.

Nutrition is as important to animals as it is to humans. Proper nutrients balance results in healthier animals, which leads to optimum lives. Most of today's animals live in close proximity to humans, whether they are livestock or pets. Society is becoming more and more involved in the welfare of the animals we keep. By studying and improving animal nutrition, we are improving the livelihood and longevity of all animals.

The main goal of our facility and department is knowledge. We want to obtain and distribute the knowledge needed to improve our field of study. We also want the public to understand the vast need for the knowledge obtained by our research, which is important if we are to continue to improve the overall health and quality of life for the animals we manage. By helping to educate all animal caretakers, we hope to support an ever-growing industry.

The Saint Xavier University Institutional Animal Care and Use Committee (IACUC) oversees all aspects of SXU animal care and use in programs for teaching and research. The President of Saint Xavier University has granted the Institutional Official the authority to appoint members to the IACUC. The IACUC reviews all animal use protocols, ensures compliance with federal regulations, inspects animal facilities and laboratories, and oversees animal training and educational programs. The IACUC serves as a resource to faculty, investigators, technicians, students, staff and administrators and provides guidance for conducting all animal use procedures with the highest scientific, humane and ethical principles. 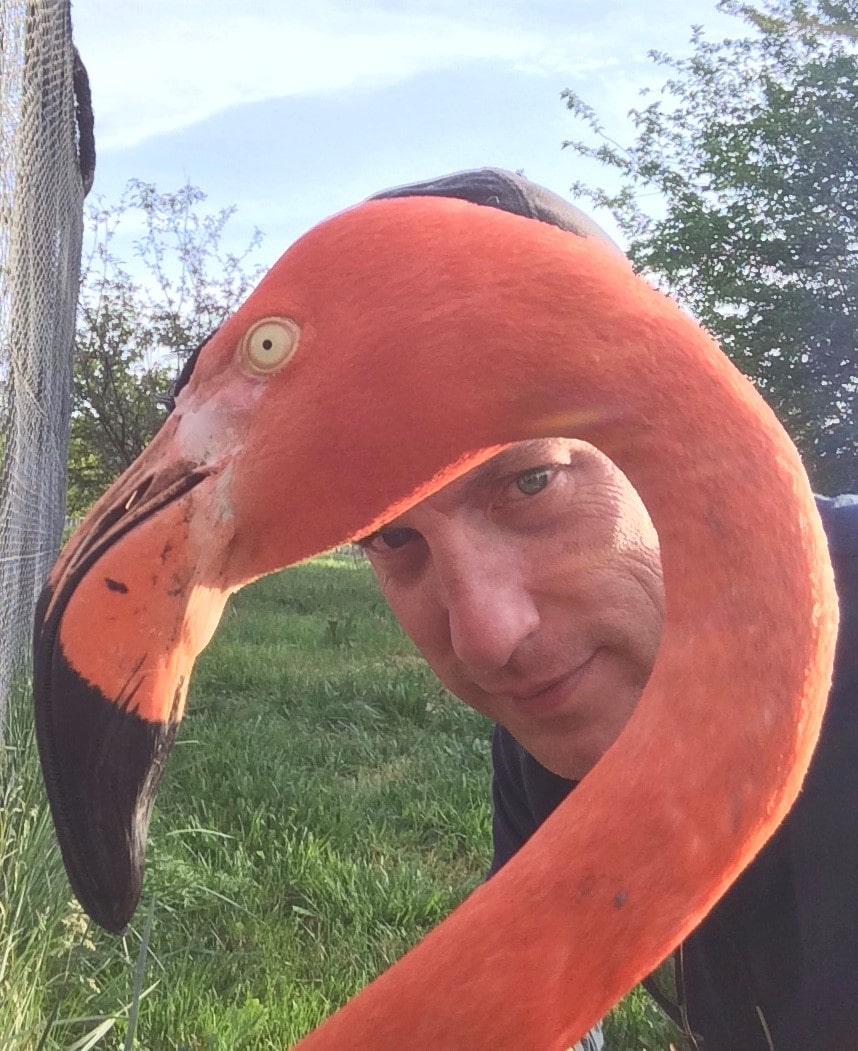 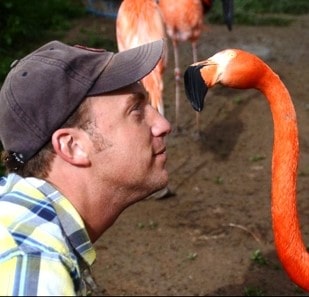 About the Lab Directors 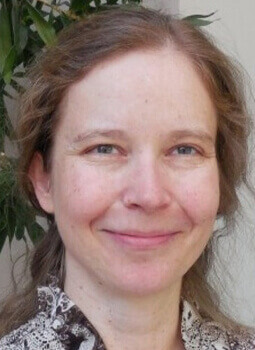 Dr. Tatum is a cytogeneticist interested in toxicology and a broad range of research interests. Tatum's current research focuses primarily on four areas; nutrition, acute toxicology, ecological genetics and the scholarship of teaching and learning.

In the areas of acute toxicity and environmental toxicology, Tatum's current research concentrates on examining the effects of a variety of everyday toxicants on various organisms. In addition to working with several plant species, she has worked with Daphnia, Artemia, red-sided garter snakes, ramshorn snails and frogs. To date, the effects of oxalate, BPA, EtOH, nicotine, caffeine, artificial sweeteners, cigarette butts, chemical deicers and numerous other substances have been tested.

In ecological genetics, Tatum has been establishing techniques for quickly examining genotypic differences by examining variations in the metabolic enzymes necessary for freeze tolerance and other life-history variations.

The Scholarship of Teaching and Learning (SoTL) involves the rigorous examination and investigation of higher education teaching and learning; that is, SoTL uses a research-based, scientific and scholarly lens to examine questions in higher education pedagogy. Tatum's research interests include teaching, learning and assessment in higher education, the student experience, higher education and society, learning and technology, information management and learning, and inter-professional education. In the area of SoTL, she has researched topics ranging from gender differences in representation within science classes to increased performance in the classroom utilizing scaffolding assignments.

Since starting at Saint Xavier in 2005, Tatum has mentored numerous research students in the lab -- many of which have gone on to professional programs such as physical therapy, pharmacy, medical and dental school, as well as graduate programs. 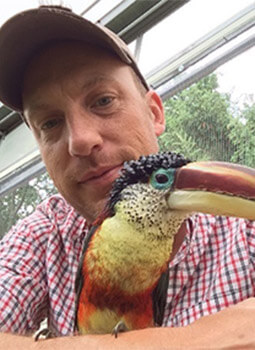 Dr. Crean is a degreed biologist and science communicator. Crean often presents to educators across the country and acts as a consultant to schools, zoos and other institutions, including the Wildlife Genetics lab at Loyola Medical Center, Chicago Zoological Society and Chicago Nature Museum.

Crean specializes in taking actual scientific research, like that of the Genetics lab, and incorporating it into educational programming to illustrate how science affects conservation efforts. He is an accomplished aviculturist, having successfully raised a variety of species, including green aracaris (Pteroglossus viridis), white-backed mousebirds (Colius colius) and a variety of others, including parrot species like the Sierra, or grey-hooded, parakeet (Psilopsiagon aymara). He has long focused on the diversification of avian diets and their effects on the mental and physiological welfare of the birds.

With over 25 years of biology teaching experience, Crean has designed and implemented courses here at the University, such as Zoo Biology: Animal Nutrition, Husbandry, and Diagnostics (BIOL205) and Animal Nutrition (BIOL250).

Crean was awarded the Golden Apple Award for Excellence in Teaching in 2016 and has served as President of the ISTA, the Illinois Association of Biology Teachers (IABT), and the Association of Presidential Awardees in Science Teaching (APAST). He is also a member of the College Board's National Science Advisory Panel, co-chairing their 6-12 Science Development Committee. Most recently, Crean was awarded the NSTA 2020 Distinguished Teaching Award. 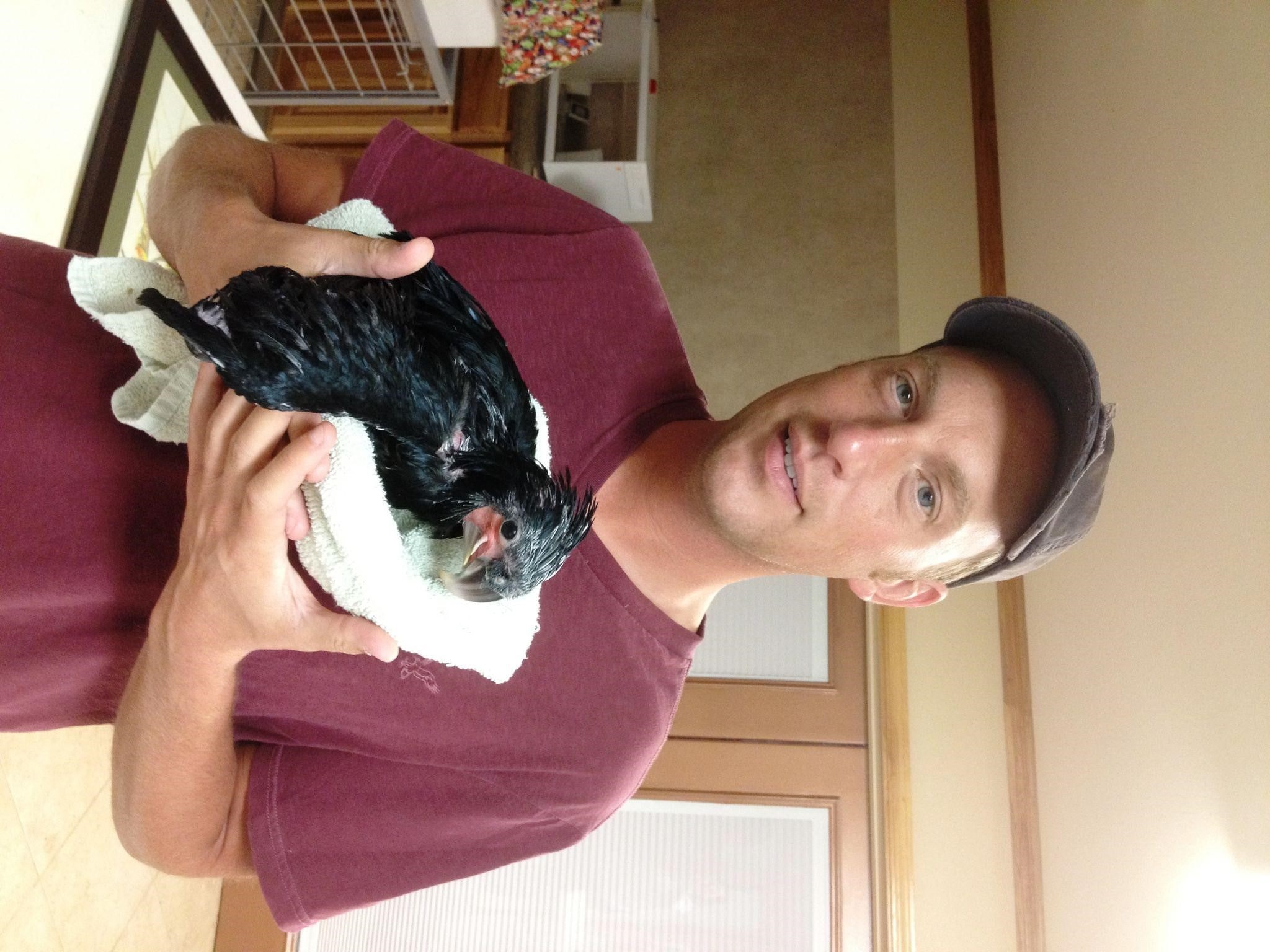 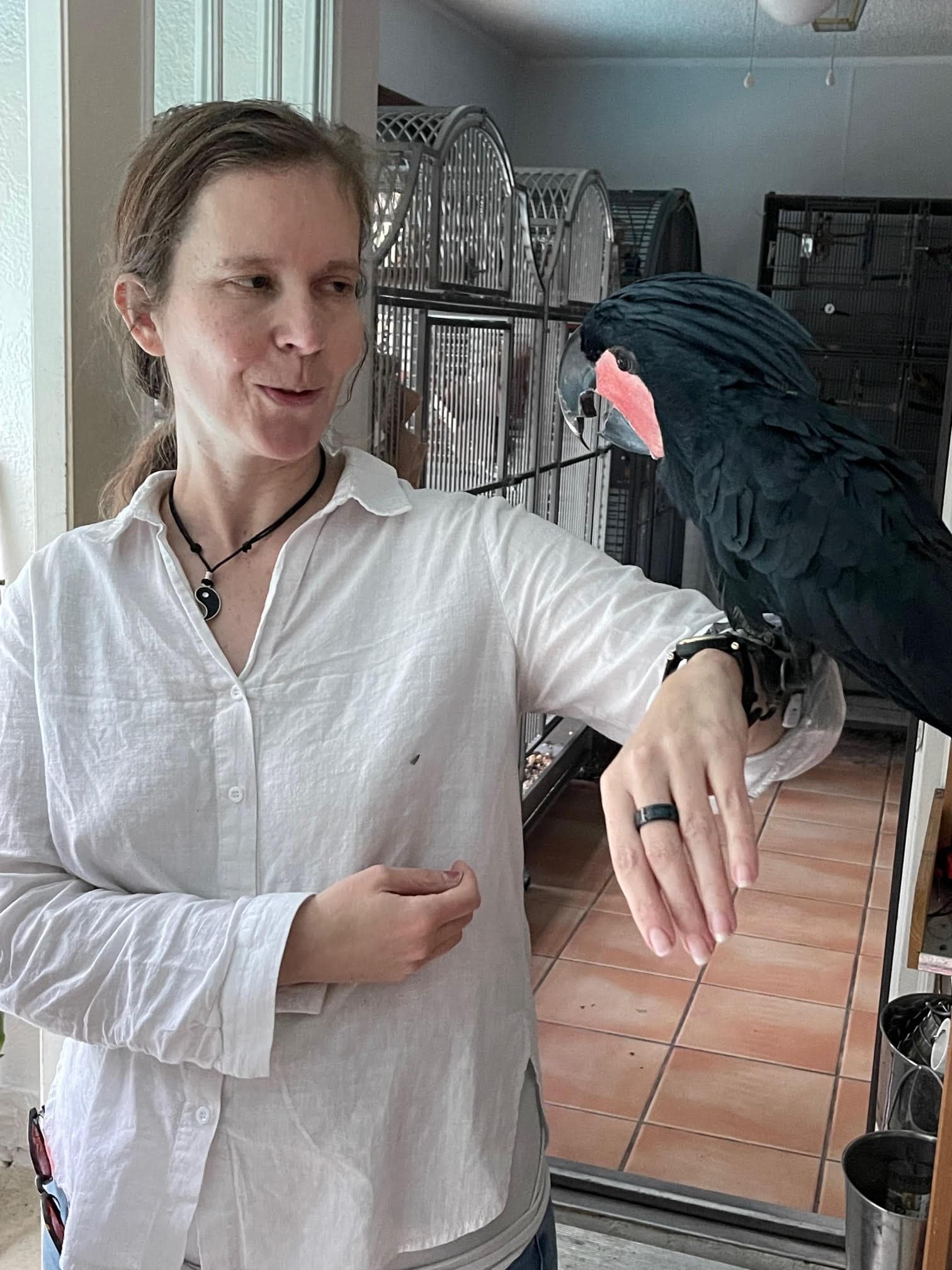