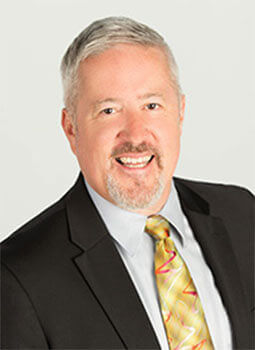 Dr. Brad Mello is a professor and chair of the Communication Department at Saint Xavier University (SXU) on the South Side of Chicago. He received his B.A. in telecommunications in 1985 and M.A. in speech communication in 1987 from Penn State University. He completed his doctorate in communication at the University of Oklahoma in 1993. During his doctoral studies, his area of emphasis was political communication and media studies, which has guided various teaching and research interests, most often, the study of political cartoons and teaching various media history, theory and criticism courses.

Upon completing his doctoral work in 1993, Mello spent 13 years at Trinity Washington University in Washington, D.C., where he chaired both the communication department and social sciences division. Additionally, he served as faculty co-chair of Trinity's Middle States Self-Study Reaccreditation Team, where he learned the challenges and benefits of a peer review accreditation process. Mello also created Trinity's M.A. in communication (now an M.A. in strategic communication) aimed at adult learners working in the D.C. area seeking career advancement.

In 2008, Mello joined the National Communication Association (NCA) as the associate director for Educational Initiatives and subsequently as the associate director for Academic and Professional Affairs. During his time at NCA, he led a successful effort to obtain a grant of $588,000 from the Lumina Foundation to support NCA's Learning Outcomes in Communication project, which identified what students in communication should know and be able to do upon graduation.

In the fall of 2014, Mello returned to the classroom to once again work with a dynamic and diverse group of students at Saint Xavier. While at SXU, he has led efforts to revamp the communication major and create new programs in film and media studies and an online degree completion program in applied communication for working adults. Mello continues to write in the area of political communication, with an emphasis on editorial cartooning, also collaborating with colleagues on issues of teaching and learning in communication.