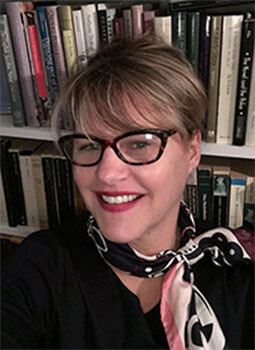 Mary Beth Tegan is a professor at Saint Xavier University, specializing in nineteenth-century British literature and women's writing. Her primary research interest is the management of affect in narrative texts, a focus that has taken her from eighteenth-century philosophical work on the passions, to nineteenth-century psychology and the discourses on literary sympathy and sensationalism. Still, the novels themselves remain at the center of her inquiry, not only because form is the means through which readers' emotional responses are directed, but because she believes that an assiduous attention to formal elements is what gives literary study its peculiarly literary bent.

She is currently working on a manuscript titled Vanity's Heirs: Popular Romance and the Reproduction of Women Writers, which pursues questions raised by the persistent links between vanity, imitation, and popular romance reading made in literary reviews and conduct literature of the late eighteenth and nineteenth centuries.

In addition to serving as the director of the Undergraduate Honors Program, Mary Beth teaches a wide range of courses for the Language and Literature Department, the Honors Program, and the Women and Gender Studies Program. These courses include a first year seminar, "Hard Times: Telling Tales about Education," "Sex and the Significant Other: An Introduction to Women and Gender Studies," and "Follow the Reader: A Senior Seminar in Research Writing."

"Training the Picturesque Eye: The Points of View in Jane Austen's Persuasion." The Eighteenth-Century: Theory and Interpretation.58.1 (Spring 2017).

"Mocking the Mothers of the Novel: Mary Wollstonecraft, Maternal Metaphor, and the Reproduction of Sympathy," Studies in the Novel.42.4 (Winter 2010).