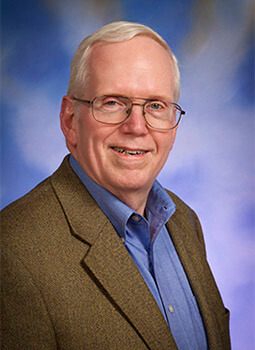 Norman Boyer has taught at Saint Xavier University since 1977, following temporary positions at St. Thomas Seminary (Denver), UCLA, the University of California at Riverside, and California State University at Los Angeles. He has continued to be a lifelong learner, having completed a four-year non-credit certificate program in Asian Classics in the Graham School of Continuing and Professional Studies at the University of Chicago, where he continues to take courses in philosophy and literature. He began his career with a focus on English Renaissance literature and drama, especially Shakespeare, and on Greek and modern drama, which remain a strong interest for him. He quickly added a focus on writing, directing the developmental English program at the University of California at Riverside and coming to SXU as its first Writing Program Coordinator in 1977. After observing his first Honorary Advisee for Life student teach in 2003, he realized that he needed to participate in the English Education program, which he now does. In Spring 2014, he began teaching a Young Adult Fiction course designed for English Education majors. His Asian Classics courses have led directly to his recent interest in world literature, resulting in his teaching a two-semester sequence for majors as well as many special topics courses at lower levels.

He enjoys reading, theatre and music. He has sung with the Saint Xavier University Chorale for six years and in January 2013 picked up the French Horn for the first time in fifty years to join the SXU Southside Community Band. He is also beginning to learn Chinese. A board member of the Illinois Association of Teachers of English, he is currently Constitution Chair and Co-District Leader of the Metro Chicago District.

He is pleased to be able to organize presentations featuring the work of undergraduate English Education majors for the annual fall conference of the Illinois Association of Teachers of English. And it's all still fun!

Annual presentations with English Education majors at the Illinois Association of Teachers of English conference and at the DuPage County English Language Arts Faculty Development Day at Wheaton North High School. Workshops for Course Networking, a Learning Management System being developed by the Cyber Lab at Indiana University Purdue University Indianapolis (IUPUI) and featuring a Facebook-like flow of student posts.