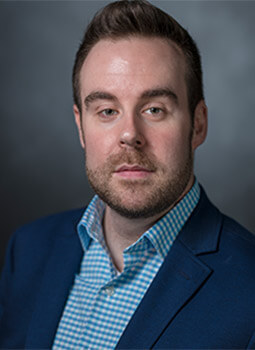 While completing his graduate studies in vocal performance at North Park University, Thomas was a featured soloist with the University Choir, Chamber Singers, and Orchestra, and performed the roles of Kei-Ki-Ka-Ko in Offenbach's Ba-ta-clan, Prince Aprile in Respighi's La bella dormenta nel bosco, Léon in Pasatieri's Signor Deluso, and Tamino in Mozart's die Zauberflöte. As part of his choral experience at North Park, he was a tenor soloist in performances of Handel's Messiah, and a participant in the Bach Week festival Chorus in Chicago, under the direction of Dr. Richard Webster.

Internationally, Professor McNichols has performed the roles of Tamino in Mozart's die Zauberflöte with Lyric Opera Studio in Weimar, Germany, Don Ottavio from Mozart's Don Giovanni with Toronto Summer Opera Workshop in Toronto, Canada/Opera Festival di Roma in Orvieto, Italy, and The Prince in Dvořák's Rusalka. While in Weimar, he was also a featured soloist with the Thüringer Symphoniker, Saalfield-Rudolstadt, singing highlights as Alfredo in Verdi's La Traviata, and Edgar in Donizetti's Lucia di Lammermoor.

Locally he has performed the role of Nemorino in condensed outreach performances of Donzetti's L'Elisir d'Amore through Main Street Opera's educational program with Casa Italia. He has appeared as a chorister with Chicago's Grant Park Music Festival and as a soloist with the Southwest Symphony Orchestra-Mozart Requiem, as well as the Oak Park Symphony-excerpts from Wagner's Parisfal. He has also appeared in several productions with the formerly 99th Street Theater: Captain Albert Lennox-The Secret Garden, Buddy Foster-Side Show, and Company-Shrek the Musical.