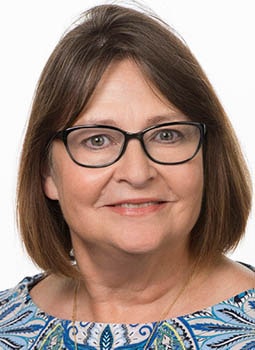 Gwendolyn George, DNP, APRN, has 34 years of experience as a registered nurse and 26 years of clinical experience as a certified family nurse practitioner. She has served as dean and professor at Saint Xavier University's School of Nursing and Health Sciences (SONHS) since May 2020. George has worked in Catholic higher education since 2003. One of George's proudest accomplishments includes the development and implementation of the first doctor of nursing practice (DNP) program in the state of Louisiana. During her tenure at SXU, she has collaborated on developing a new Master of Science (MSN) in exercise science program, which will admit its first cohort in fall 2023. She's also collaborated on the development and initiation of the Health and Wellness Center, enhancing health services for the community.

Homeless and indigent populations and access to primary care.

George, G. (2009). "Tales from Practice: What it is Like to be a Family Nurse Practitioner." Loyola's Health and Science Club Health Care Seminars, March 2, 2009.

George, G. (2007). Attended ACNP's Policy Forum in Washington, D.C., with two students from NURS 740 who presented their white paper to the conference attendees and the senator of Louisiana on Senate Bill 59.